Will the Kids Be All Right?

Home/Essay/Will the Kids Be All Right?
Previous Next

Will the Kids Be All Right? 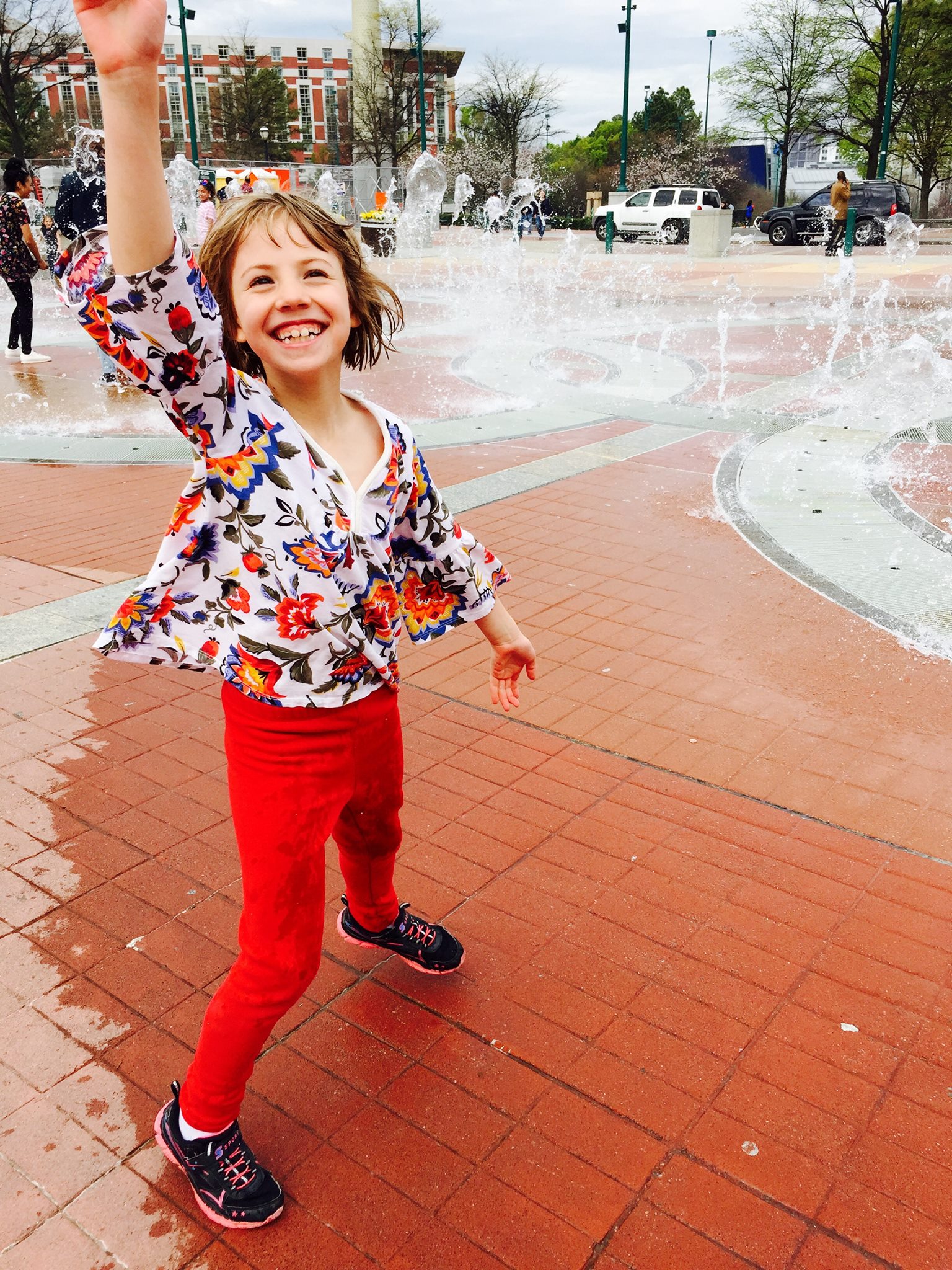 It was Memorial Day weekend and we were bored from our newly adopted social distancing lifestyle.We couldn’t go to a public pool. We couldn’t go to a party. And I didn’t want to risk being in a crowd and so a walk by the Chattahoochee River was out. I started thinking about our life before the Coronavirus and began to scroll through the photos in my phone.  After a dozen or so pictures,  I started feeling anxious. I missed performing. I was in a comedy show just before the stay-at-home order in March at the Aurora Theatre, an all female line-up. We had a wonderful time.  I also missed the freedom to hop in the car and visit our friends because we’re a small family. She sees her but father, but with it just being the two of us most of the time,  our community is a lifeline.  But what really disturbed me in the images was the sharp contrast in happiness on my daughter’s face. She has an infectious grin and a liveliness, or joie de vivre, that can brighten up the darkest room.  And yet the face I had been seeing since the shutdown was very different. It was jarring.

My Julia normally finds pleasure in the everyday moments of walking barefoot on the grass and climbing trees. She starts dancing the moment she hears a favorite tune. She laughs a lot and sings loudly in the car.  Her exuberance over the smallest things like the decision to order pizza, is a delight.  She can barely contain her enthusiasm when a good friend is coming over. She even has a “Moon Dance” ritual. Whenever the moon is bright, and she doesn’t have to get up early the next day, she runs outside and dances an unchoreographed improvisational celebration of the night.

Like most American children, Julia is also used to a busy schedule with dance lessons, choir practice, parties, and summer camps. Being in activities is very important to me because in many ways, the lessons and relationships formed in these settings have a greater impact on our lives than regular school.  As a band geek starting in 6th grade who is still playing the flute, I know this to be true.

I realize I sound like a complainer since over 100,000 Americans have lost their lives to this virus. Millions have lost livelihoods. I have lost gigs and yet I know we are lucky.   We have not gotten sick and neither has anyone close to us. However, it can’t be minimized that the world coming to a halt and isolating ourselves has been terrible for my daughter’s emotional well-being. And I know that thousands of children are in worse situations.

As we settled in to the early spring quarantine, there were sleepless nights, shocking levels of rudeness, and volatile outbursts. Julia wouldn’t take her homeschool assignments seriously. She whined like this was a reboot of Kindergarten. Her stomach hurt. Her head hurt. She adopted an elderly person’s lethargic gate, as if she were carrying the weight of the world in her legs. And at night, she would get clingy. She begged to sleep with me even though that’s never been allowed.  I view adequate sleep as child abuse prevention especially since her father and I divorced when she was a baby. A one-woman show can NOT go on without sleep.

Julia was also deeply afraid. A pandemic with thousands of people getting sick wasn’t news I could hide from her. She wanted to know how many people were dying. And, her personality already lends itself to worrying. On chilly winter nights, she is wondering where the homeless people are sleeping and gets visibly angry that they’re on the streets in the first place. She doesn’t understand why our society allows it. She picks up on other people’s moods and can articulate her friends’ complex family dynamics with surprising accuracy.  If she detects even a hint of sadness, aggravation,  or worry in my face, she will ask me what is on my mind and demand answers.

If Julia were preschool age, it would have been easier to shield her from our governmental horror show.  But unfortunately, she is a keen bullshit detecting 10-year-old and knows the emperor has no clothes. While it is true that politics and attending rallies and protests is a “thing” at this house. I keep a lid on political talk and media. I protect her childhood from adult problems. And I let her observations freely flow with out too many interjections like, “yes but have you thought of it this way.” But, even with my herculean efforts to keep cable news out, Operation Stable Genius can’t be ignored.  She knows the president called the virus a hoax. She knows he didn’t prepare in February for what was coming. She knows that he is a bombastic moron who talks out of his ass. And having this knowledge isn’t good because she is supposed to be able to trust leaders during a national health crisis in a first world nation. What is the point of all this money if our kids can’t trust the grown-ups?

I don’t want to give a false impression. I’m not claiming my daughter is a super natural fully licensed ‘girl powered’ justice fighting child. Yes, she’s intelligent, empathic and very sensitive, but she is still a kid. And she does kid things like lie about brushing her teeth and roll her eyes when I take away the tablet. She drags her feet when it’s time to leave the party. And, she will manufacture the most Shakespearian levels of distress when wanting to get out of doing word problems or chores.  We have a close relationship, but there are fault lines for potential earthquakes like all mother-daughter duos.  However, no one has ever said my daughter was a “handful.” Not one teacher, not one camp counselor, has complained. I’ve only received glowing remarks for grades and conduct since day one.  Which is why the snarky speech and disrespect she tossed my way was truly horrifying and broke my heart.

One day, the frustration of quarantine life mixed with her bad attitude came to a head. I don’t know what she said. It was just the final straw and I started shouting and assaulting the pots and pans I was supposedly cleaning. With each phrase the tempo and volume kept building like a Beethoven Symphony.   “I know you’re unhappy but you will NOT talk to me like that!” (bang) “Do you think this is a god (bang) damn (bang) picnic for me?”  “This pandemic is NOT my goddamn fault! (bang) I’m doing the best (bang) I can so you figure out a better way to communicate with me! (bang)

Minutes of tense silence passed and then I finally spoke. I assured Julia I wouldn’t be gone long. I believe the exact wording was, “I need to NOT be with you right now!”  I drove around the eerily empty streets of East Point, Grant Park, and East Atlanta for a couple of hours. I hadn’t been in the car for days and so it was kind of nice to move around and listen to Billie Eilish, an artist she introduced me to.  (I had a Dream…I got everything I wanted.)

After I parked by the zoo and walked a few blocks, I finally acknowledged that my daughter had actually hurt me.  And strangely, once I admitted it, I was able to let go of it rather quickly, and separate her suffering from our relationship. It also helped to make a list of her behaviors and everything she’d been going through the months leading up to the pandemic. With being a student of history, timelines are an effective way to put things perspective because life happens on a continuum. Ultimately, Julia missed hugging her friends. She missed her routine. She was scared. She was lonely. And she needed me to act. She needed me to make a plan.

I am still making that plan. I know I’m not alone. Each day, there’s a plan and then there’s an adjustment to that plan, an addendum, and sometimes a detour. We don’t know if there’s going to be a vaccine. We don’t know how many people will fill the hospitals next week. We don’t know when we will make music with our friends again.

I do know that my job, other than surviving, is to lead us through this ordeal without losing our sanity and good humor.  Sometimes I have to stop and write down what I can actually control. And as I was walking that day on Georgia Avenue after beating up my nice pots,  I had to remind myself that I can’t change the people or circumstances that have disappointed Julia. I can’t turn on a fan and blow her bad feelings out the window.  And I certainly can’t do anything about the Coronavirus with my liberal arts degrees.

I also recognize that the ability to even make my daughter’s emotional well-being a priority is a privilege. It shouldn’t be a privilege in a nation with this much wealth. But here we are.

Many American kids are dealing with stressed out parents that can’t make rent, let alone listen to their concerns. There are families struggling to feed themselves while paying for the unexpected funerals of loved ones struck down by this virus. And a lot of little ones are being left alone or with older siblings for hours each day because summer camps are shut down and parents still have to work. They are desperately missing the guidance and love they need from caring adults outside their families.

What can I do on the bad days? I can crack some jokes; give her tools to cope; and I can enforce the boundaries. (“Take that BS upstairs!” Just kidding, I would never say that.)

For the bigger things, I can vote for better people to guide the nation while living in tax- funded mansions. I can protest. I can advocate for change. I can ask for help.  I can listen. Most of all, I can tell Julia the age appropriate truth she deserves,  while also showing her that in our house, no matter what is happening or how bad we feel, we will be kind and we will still move in a direction toward joy. 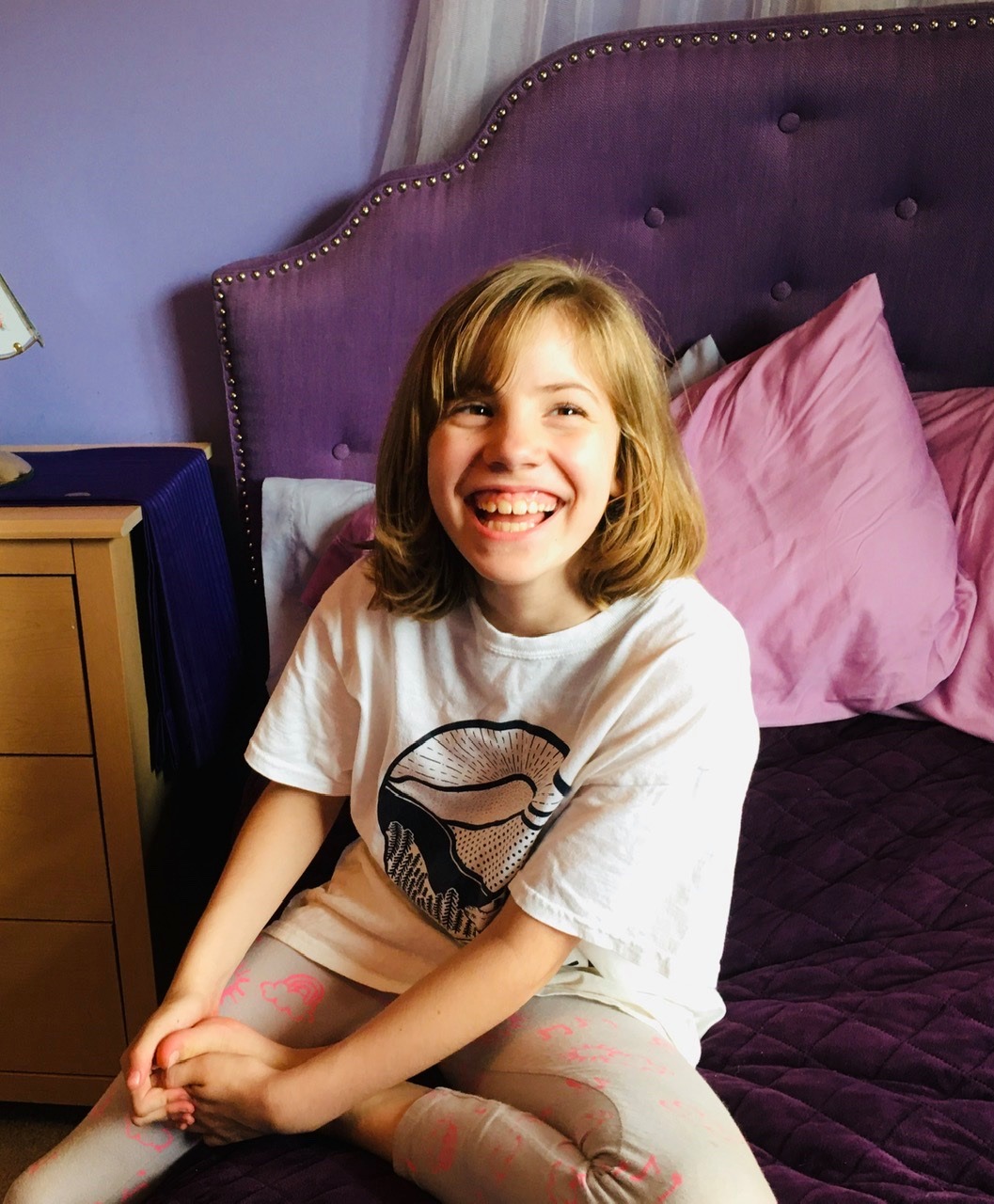