The gods of good fortune blew some fairy dust my way, making it possible to enjoy an opportunity to visit Boston, a city in a region that has been inhabited by Shawmut Native Americans since 2400 B.C. Captain John Smith came there in 1614 and called it “New England.” The Puritans arrived in 1630 and they merged with the Pilgrims’s Plymouth Colony. Most of us learned about the Boston Massacre and Boston Tea Party, from our Revolutionary War studies in elementary school. And I had visited this city 15 years ago. I was glad to return.

My daughter and I had a wonderful time. It was her first time on a plane and we were grateful for this trip to happen. She got a shiny new carry-on bag.  We walked everywhere except for the Ferry that took us to Salem.  And I realized I need to be on a boat several times a year until my death. Julia learned the train routes and shared her observations.

J: “Mommy they don’t have many black people. I see some. But mostly there’s Chinese people and white people.”

Me: Yep that’s right. There’s brown people here too. And the white people are thinner than back home, and they wear sensible grey and black and they have that hardy, I can withstand the coldest wind puritan look.

J: The train station is dirtier then Marta.

Me: Well, Marta doesn’t go many places and it’s not as old. The train stations here were built well before Marta. But you’ll notice they have a lot of trains that move quickly.

J: Yeah you have to wait for Marta. Everybody takes the train here.

We went over to Salem and learned about the Witch Trials. It’s a cute place but it was a little too carnival-like for me because witch costumes were everywhere given that October is their big month with Halloween. But we got to ride back on the commuter rail with young people out late having fun. I remember what it was like at that time in life and it was a nice change and energetic vibe filled with cool New England accents.  People my age are a bit mired in paying bills and raising kids. And so a chance to be around 20twenty somethings is fun.  While we were figuring out the commuter rail, a teenage boy  was kind enough to explain things. It was obvious he was gay/non-binary and since we’ve been watching Queer Eye, Julia said, “He’s nice to help us. He should date Jonathan on Queer eye. They’re perfect together.” 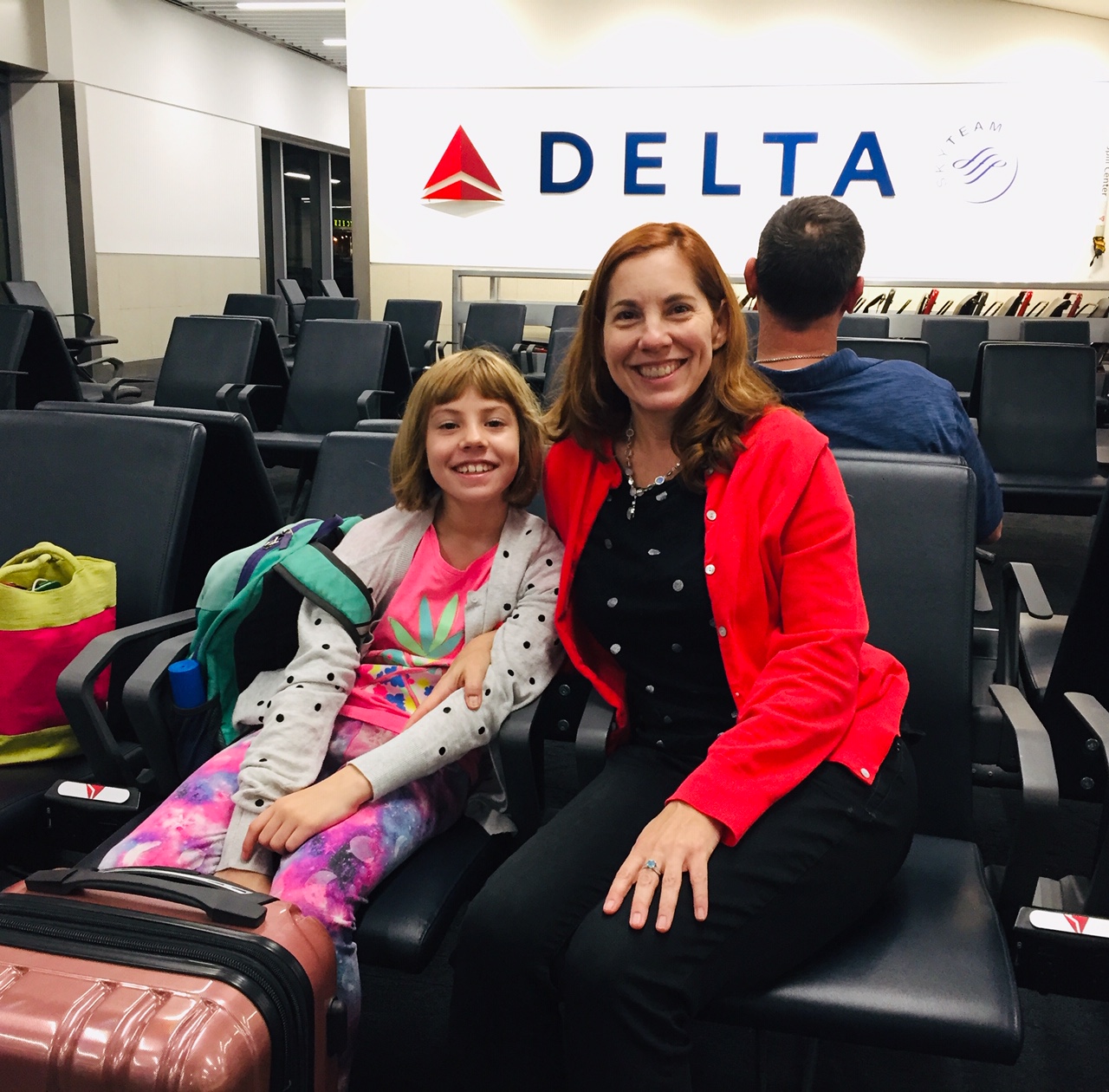 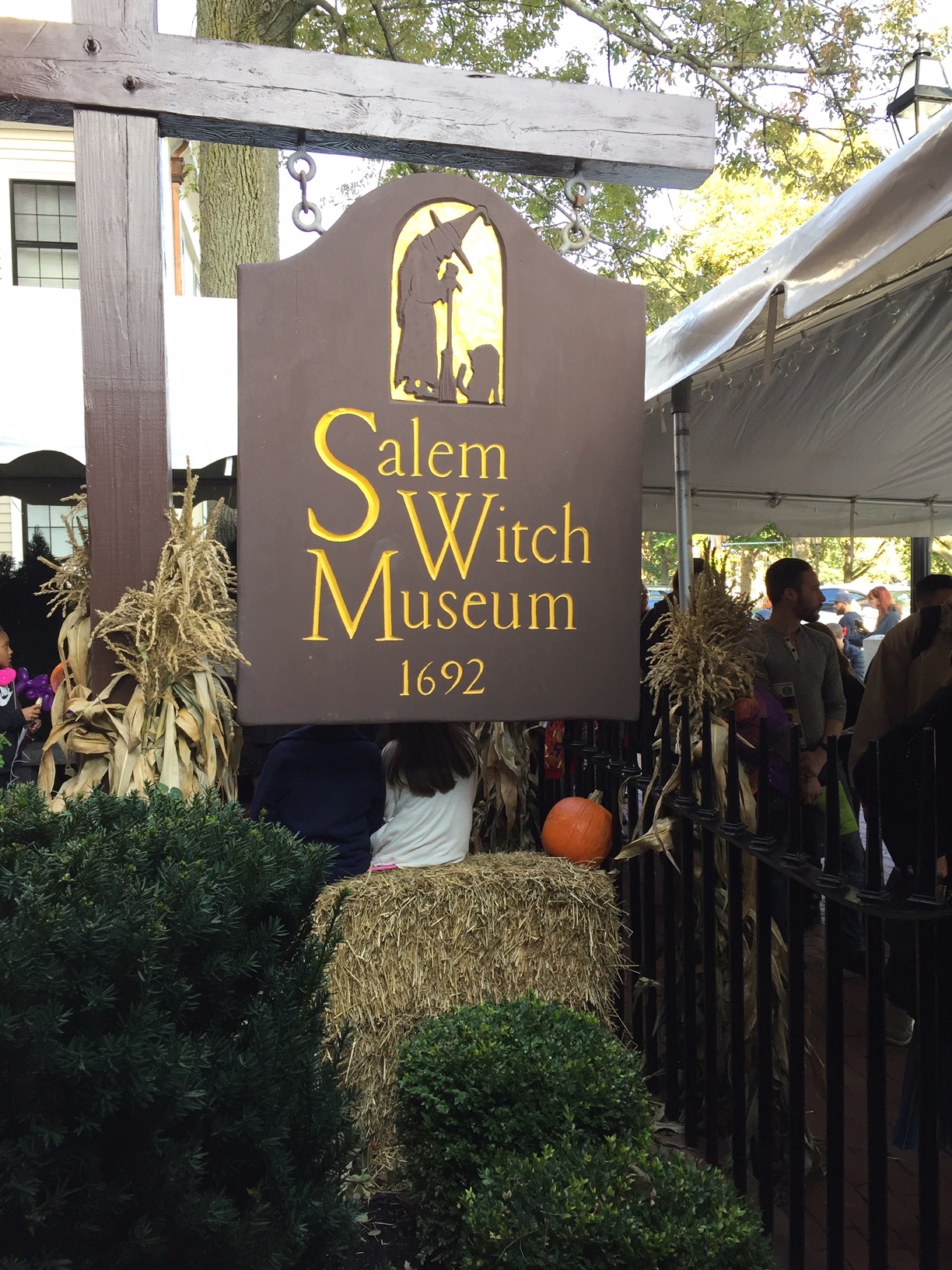 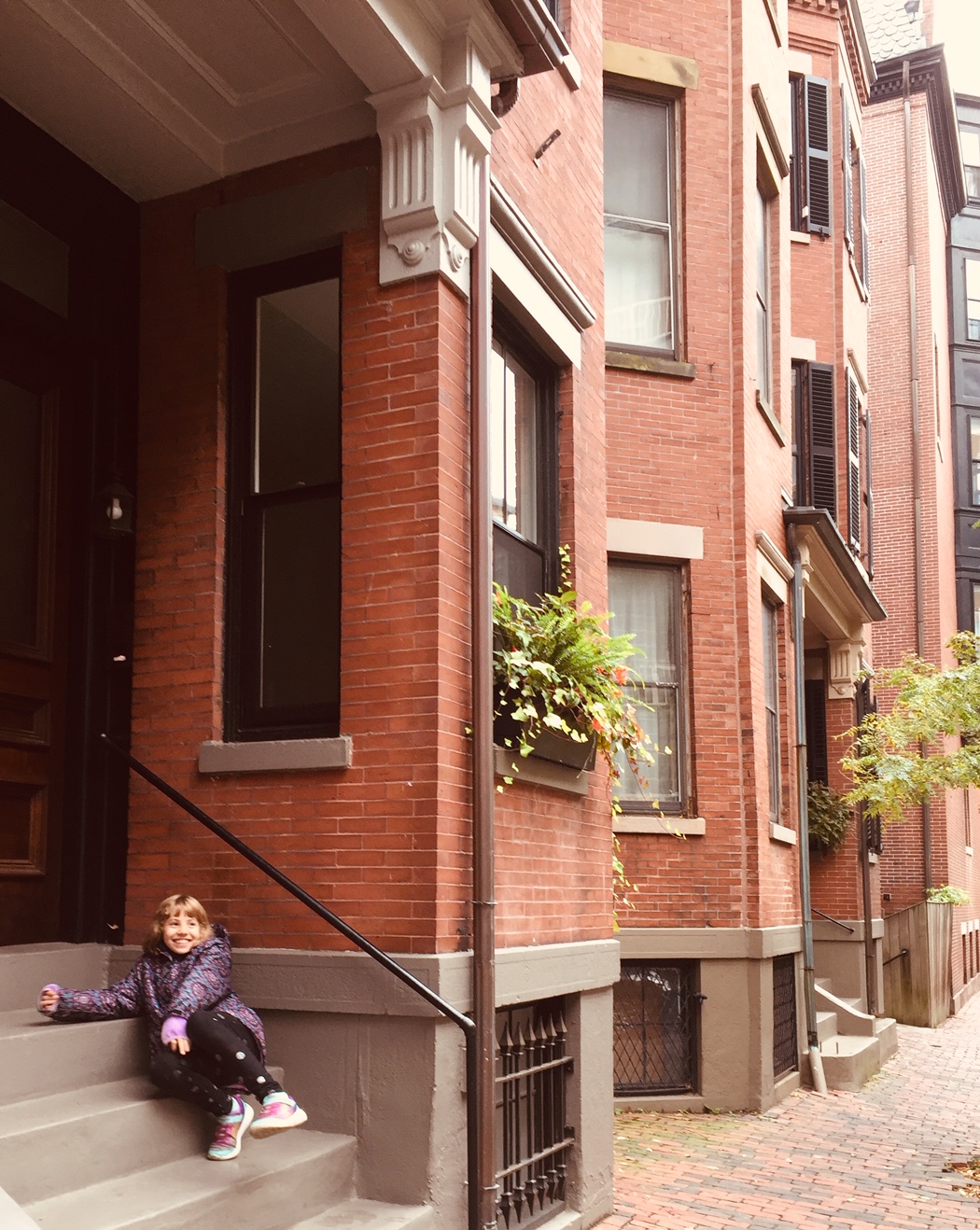 We saw the lovely architecture in Beacon Hill and Julia climbed a tree in Boston Common, the oldest public park in the United States. And on the trip, like all trips over the years,  I’ve learned how the simple things keep kids happy. Mac n’cheese made in our kitchenette and a nice park, which we found next to the Charles river. We also went to Paul Revere’s house and learned that table salt for your guests meant you were wealthy. The rooms were small and the ceilings were low. The furniture was cool too. 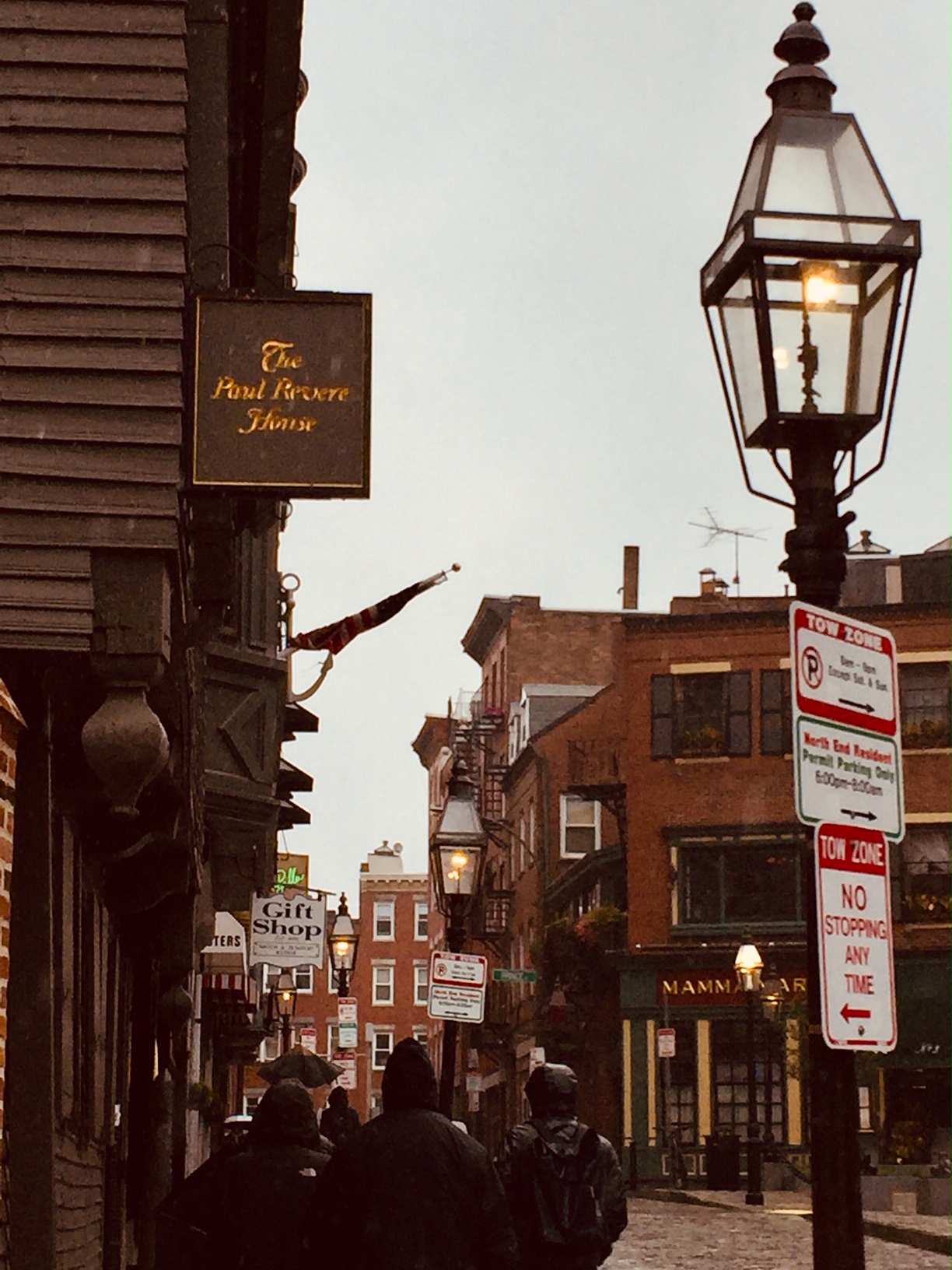 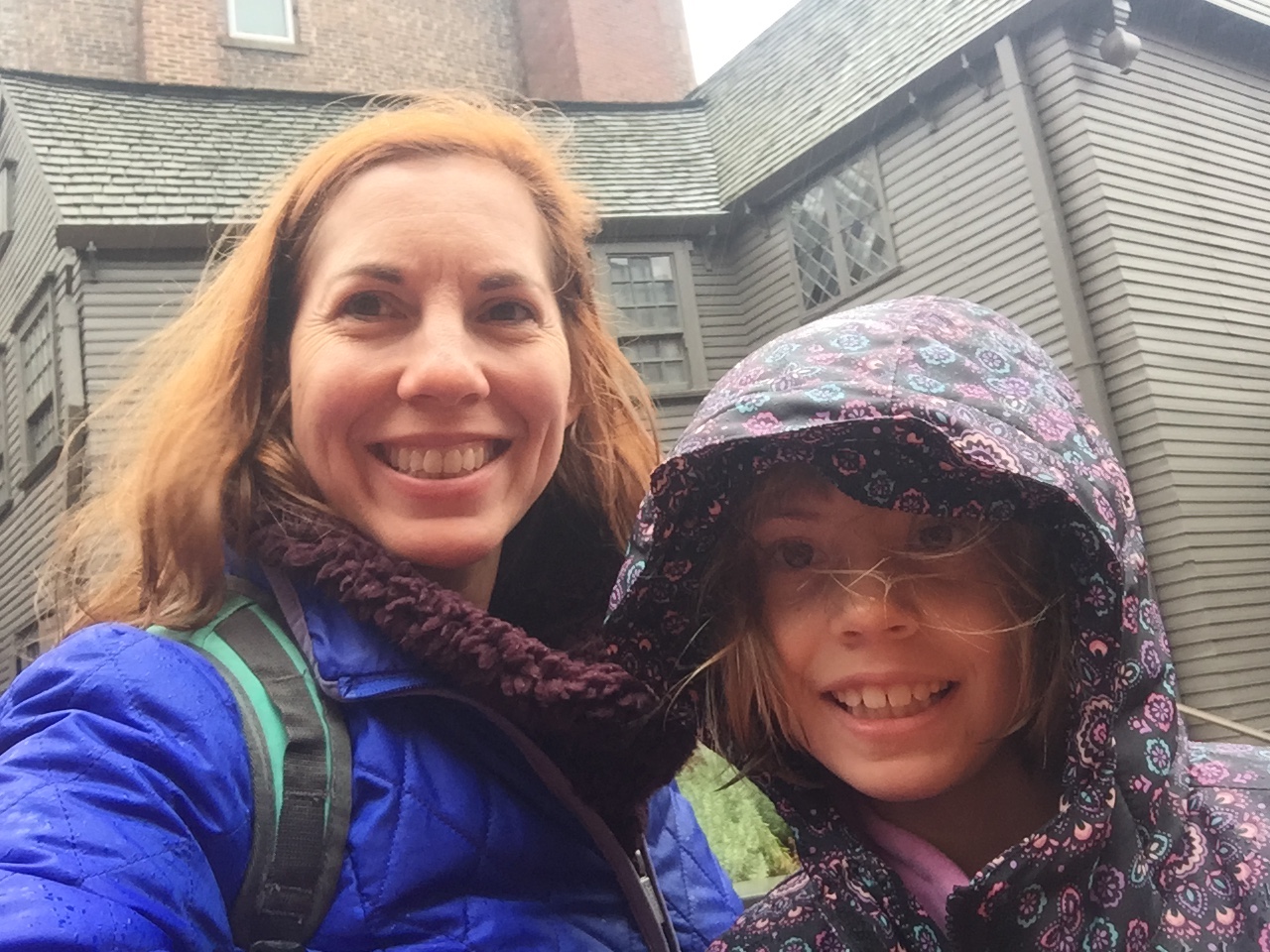 The highlight was the Boston Public Library. It’s a beautiful building that every American should visit. And walking outside to Copley Square brings a feeling of majestic beauty, knowing I’m at a place so old and so important to American History. We arrived early to hear the free tour, but I could only listen for 15 minutes since Julia wanted to move on.

Me: I want to hear this tour. We’ll stay until it gets boring.

J: We’re already there. Can I have hot chocolate?

Me: There’s ice cream in the hotel. I bought it especially for you. 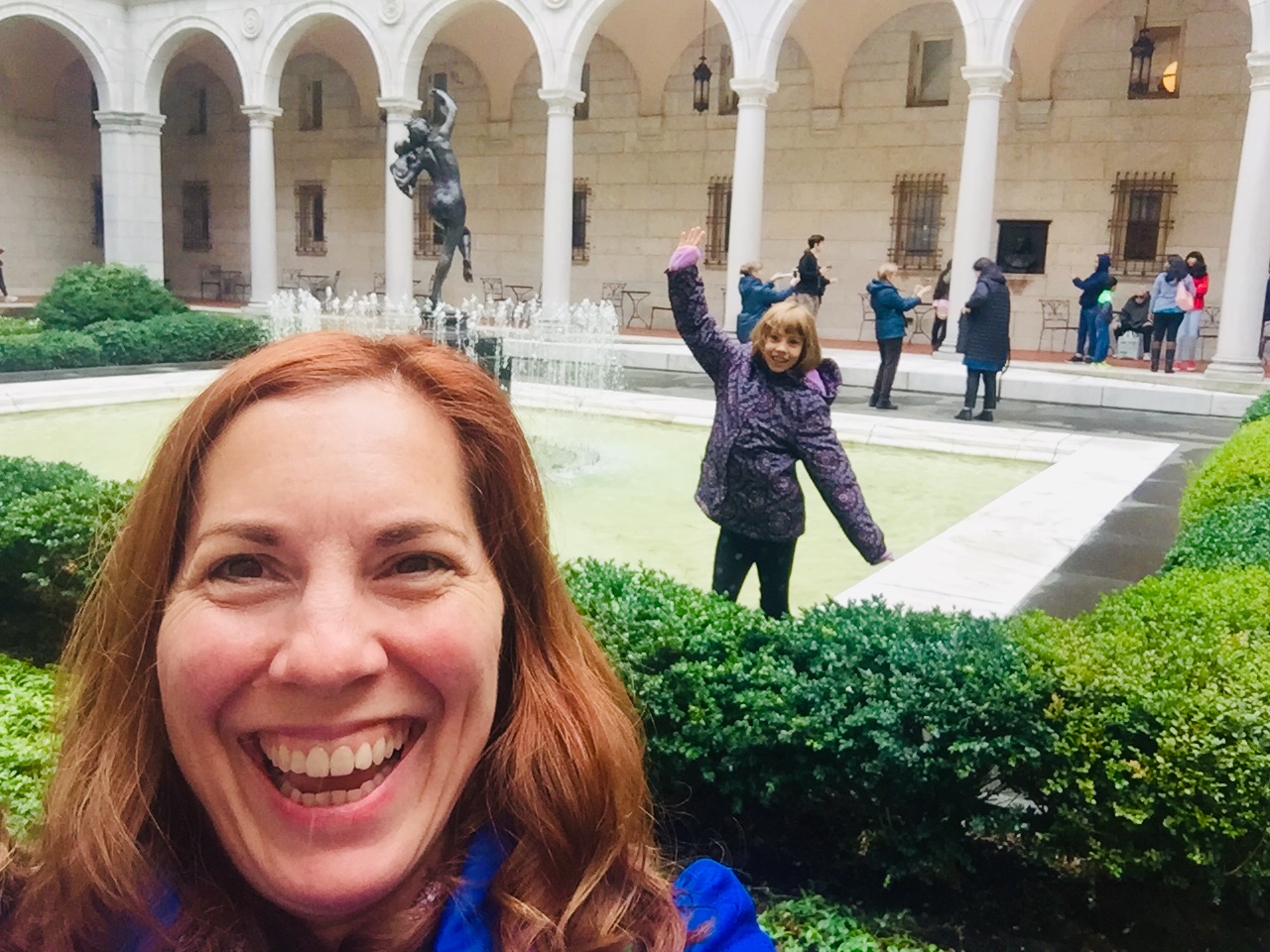 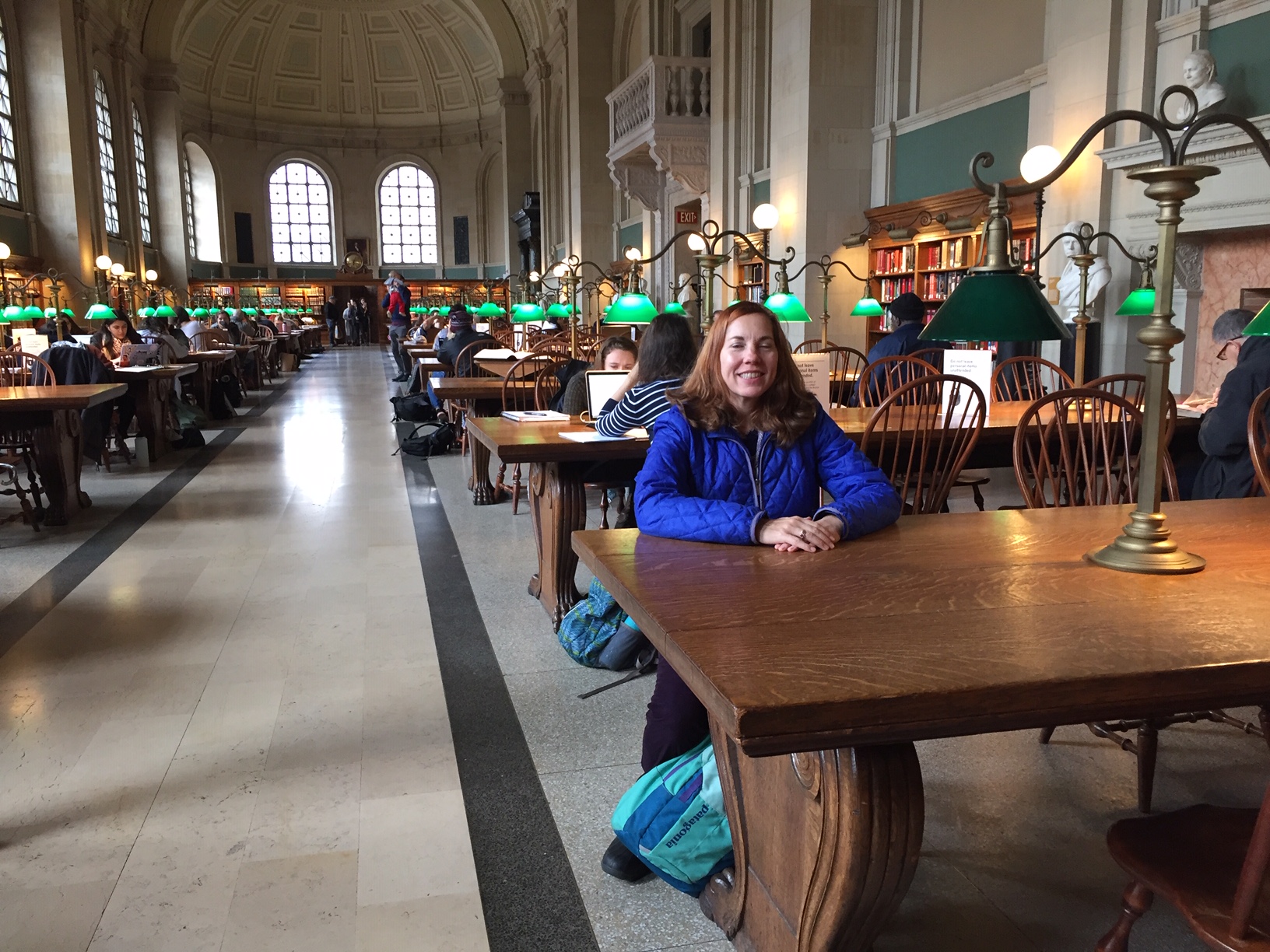 Here below is a modern part of the library. I would come here every week if I lived here. They have a great teenage section and kids part too. It’s so beautiful with unique corners, old paintings, and helpful staff.

Me: Well it’s for little kids. It’s the kids section. 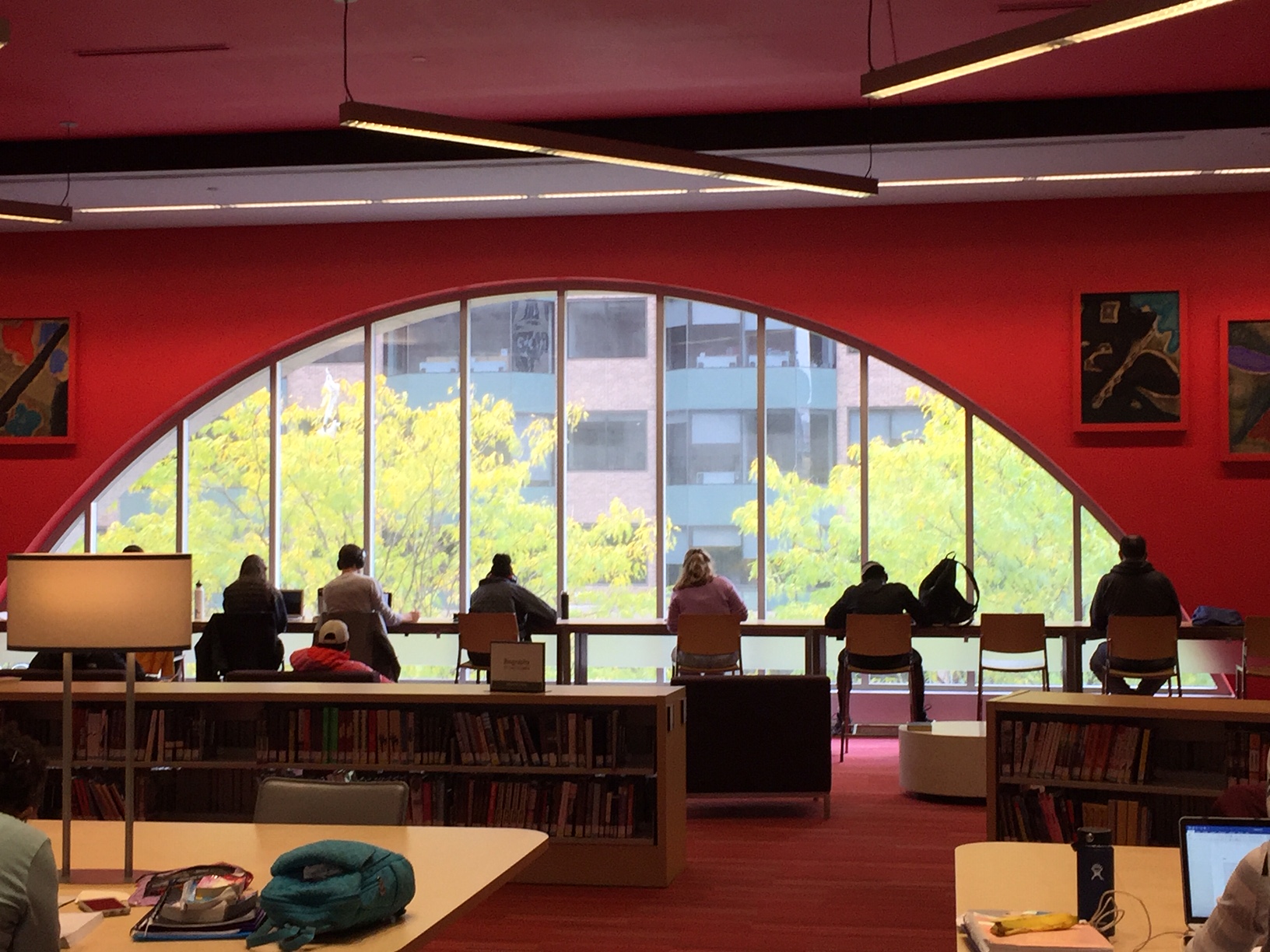 Here’s Trinity Church below 1877. Lovely but they should not charge people to see it. Ask for donations but let everyone in the door. Come on Episcopalians! Tacky! You’re the 3rd richest religious group in America. Stop thinking so much about $$. FYI -#1Jews #2 Hindus and #4 Presbyterians. 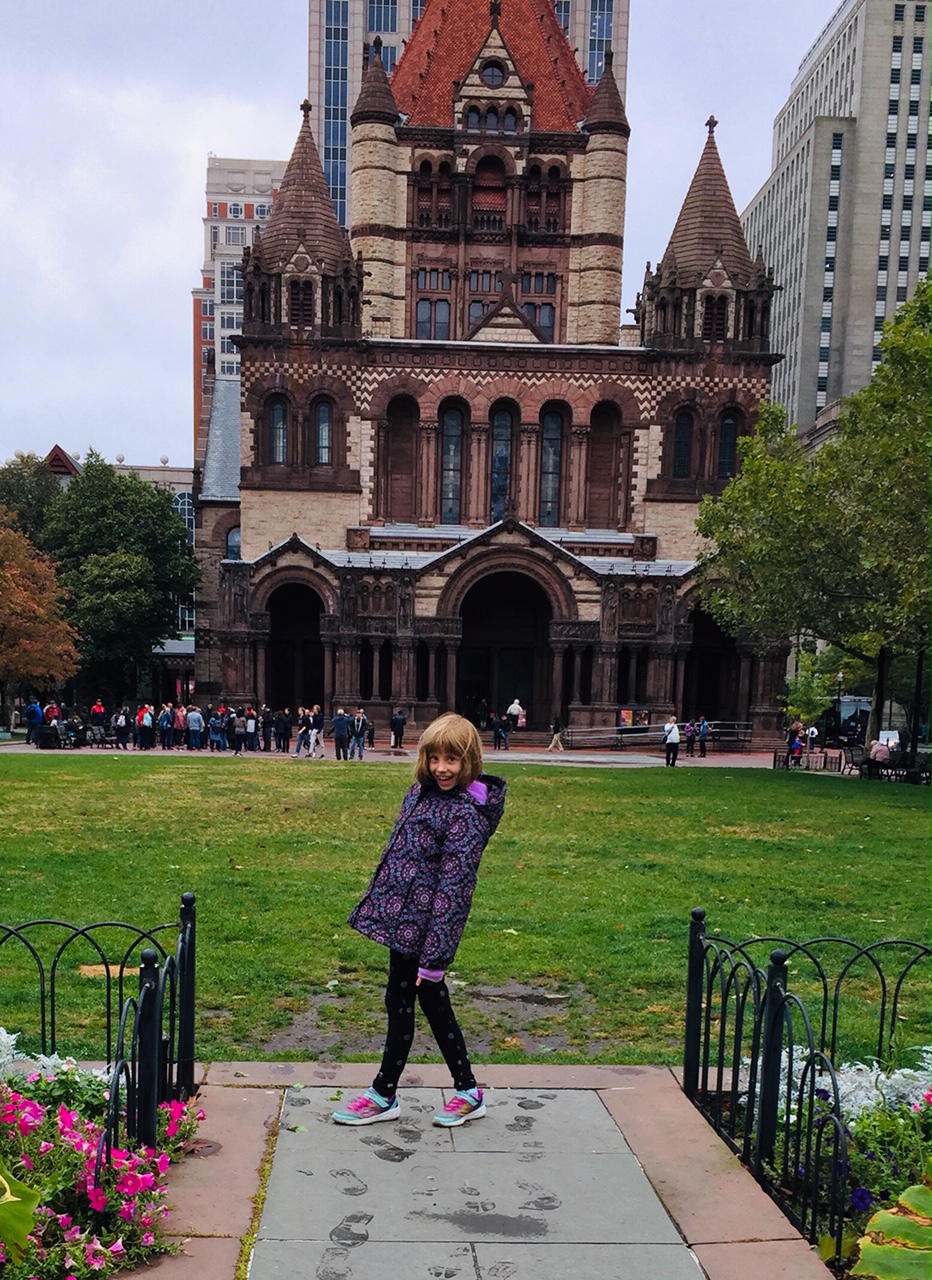 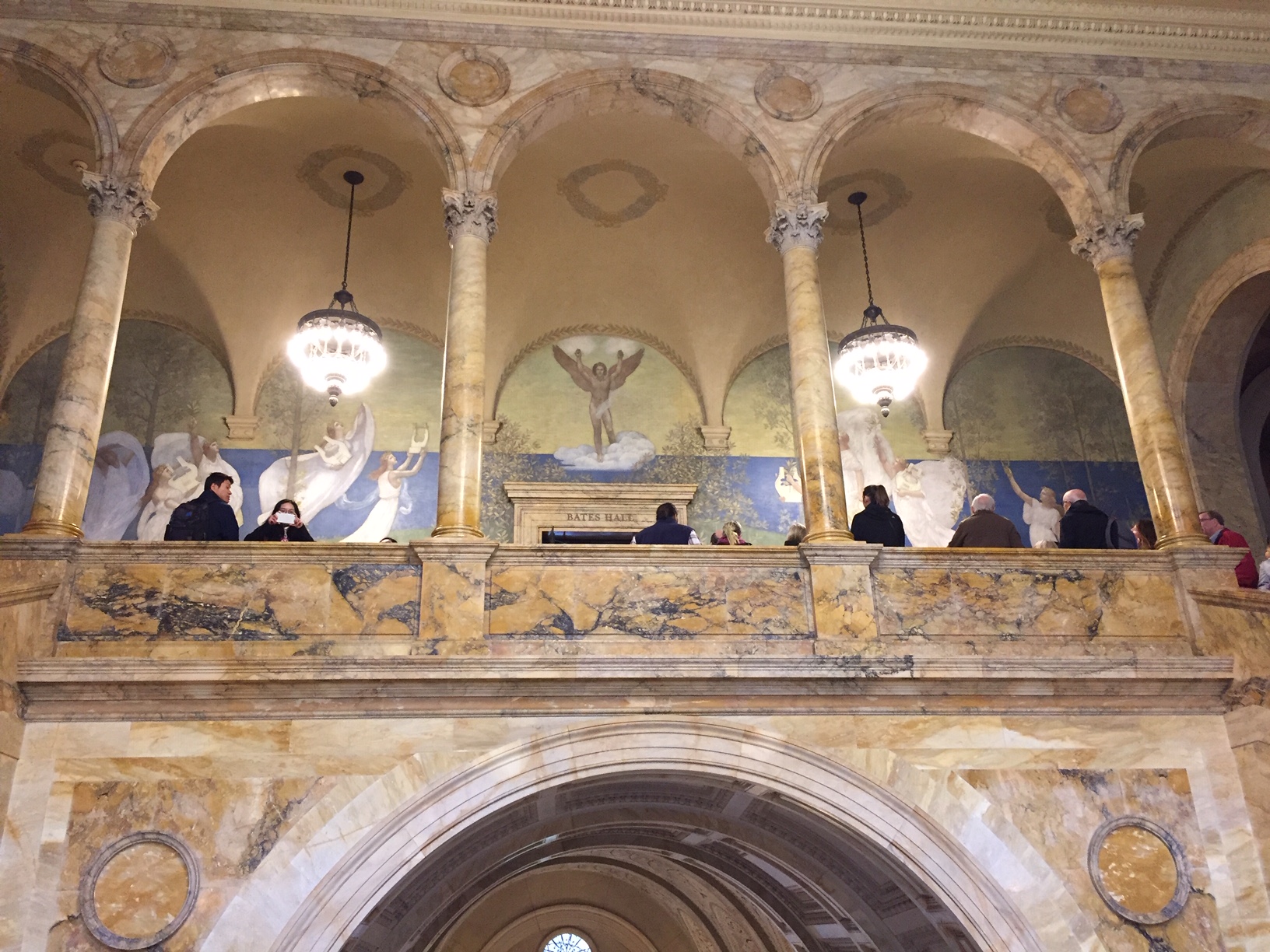 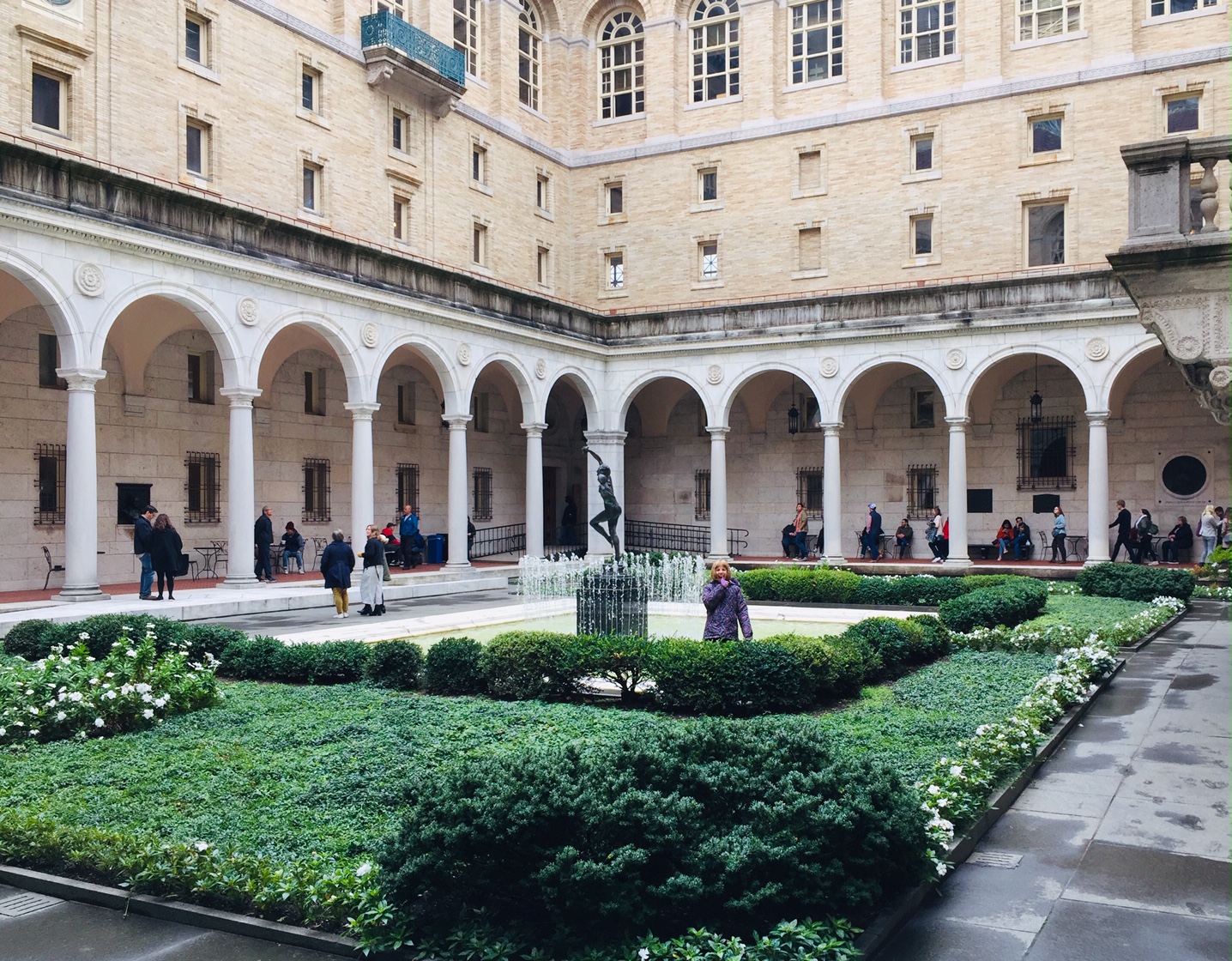 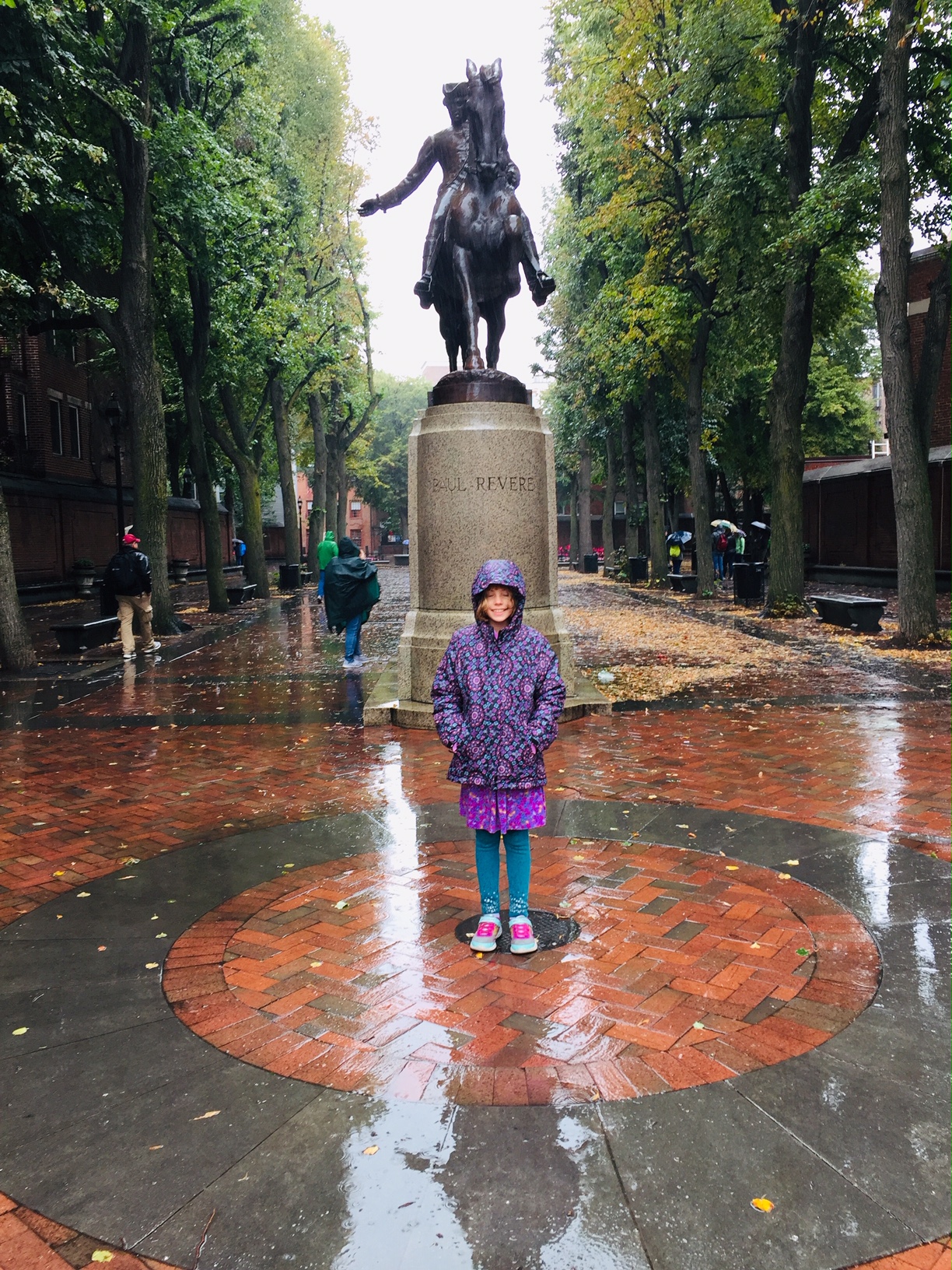 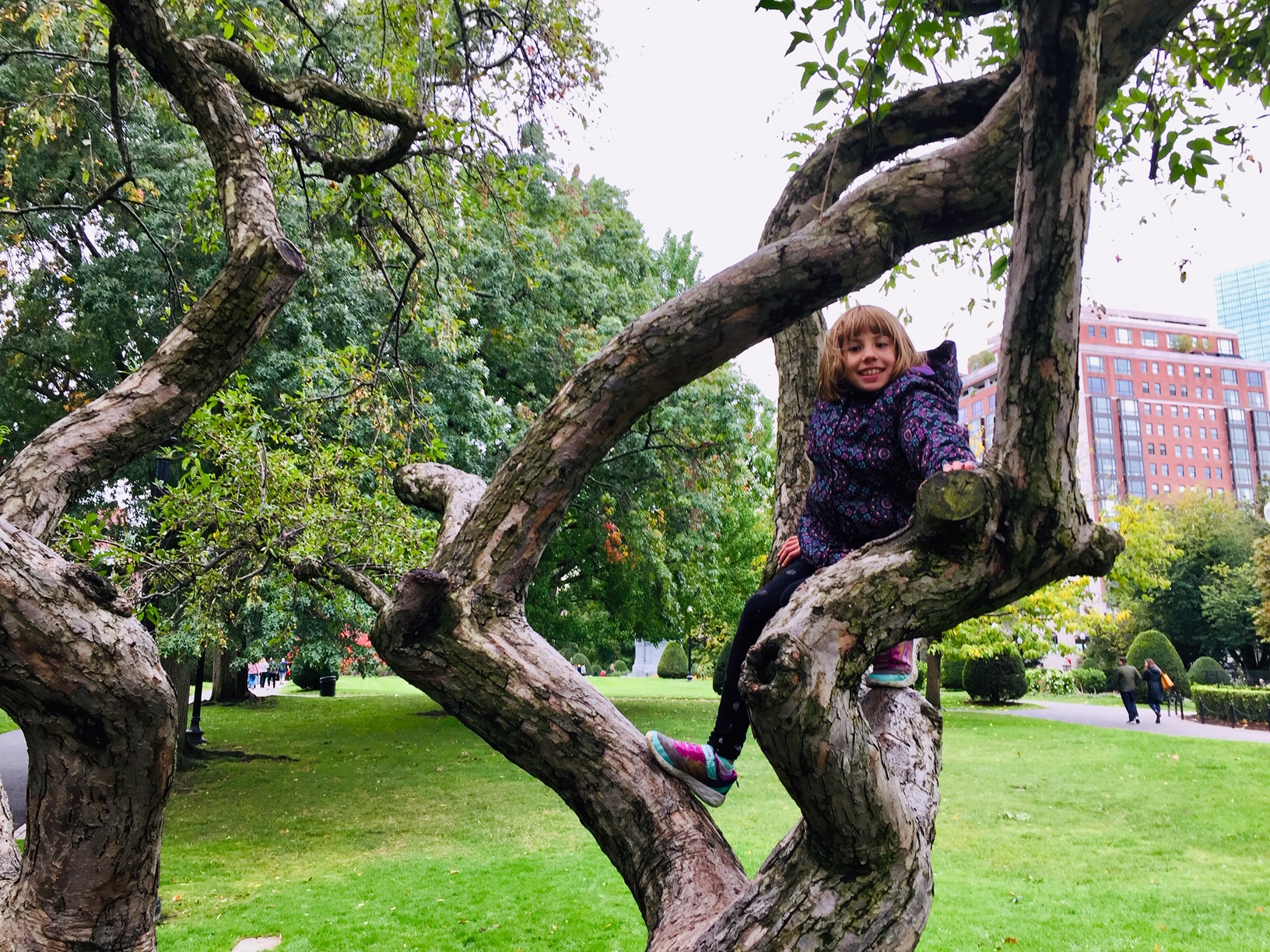 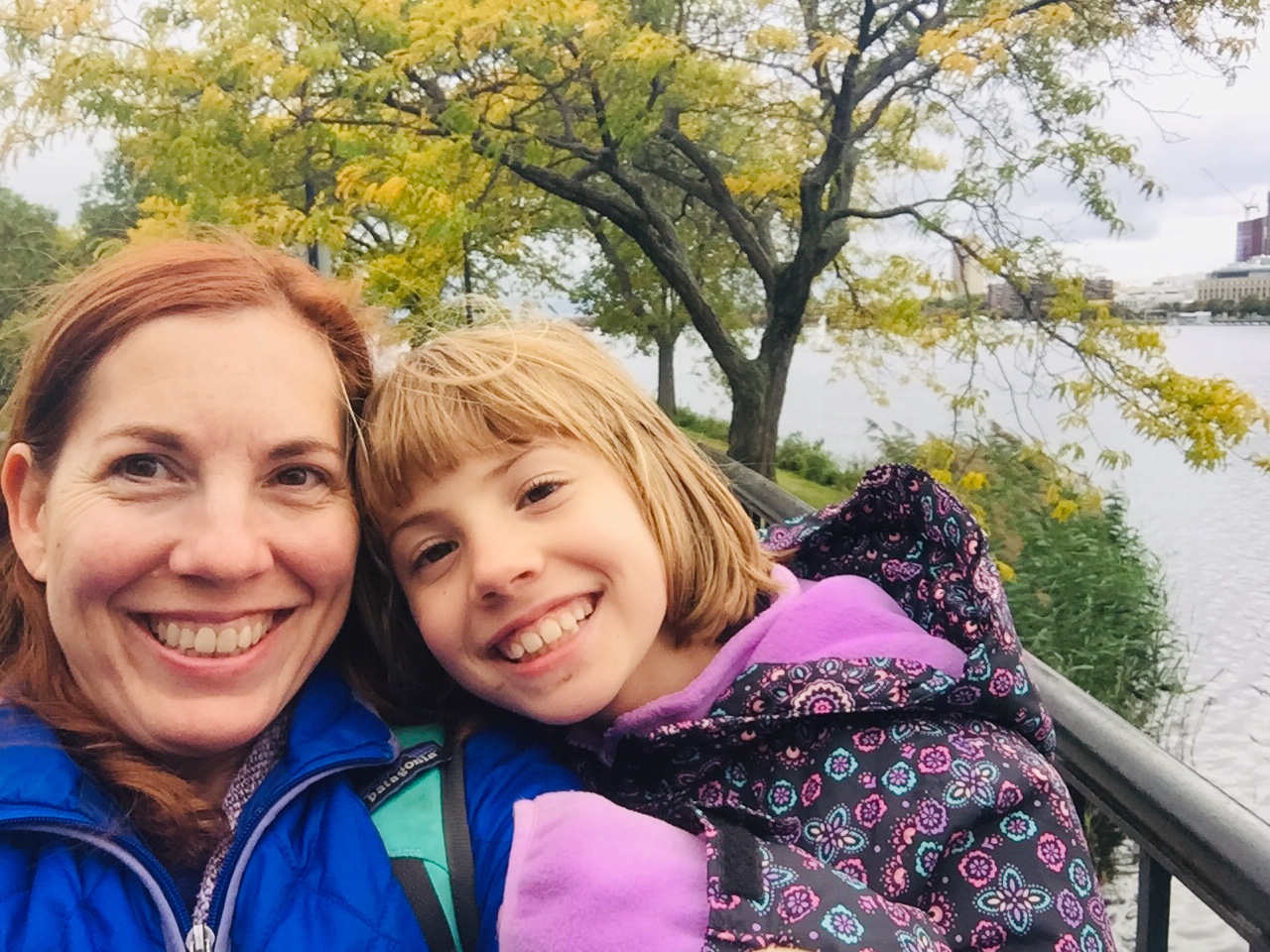 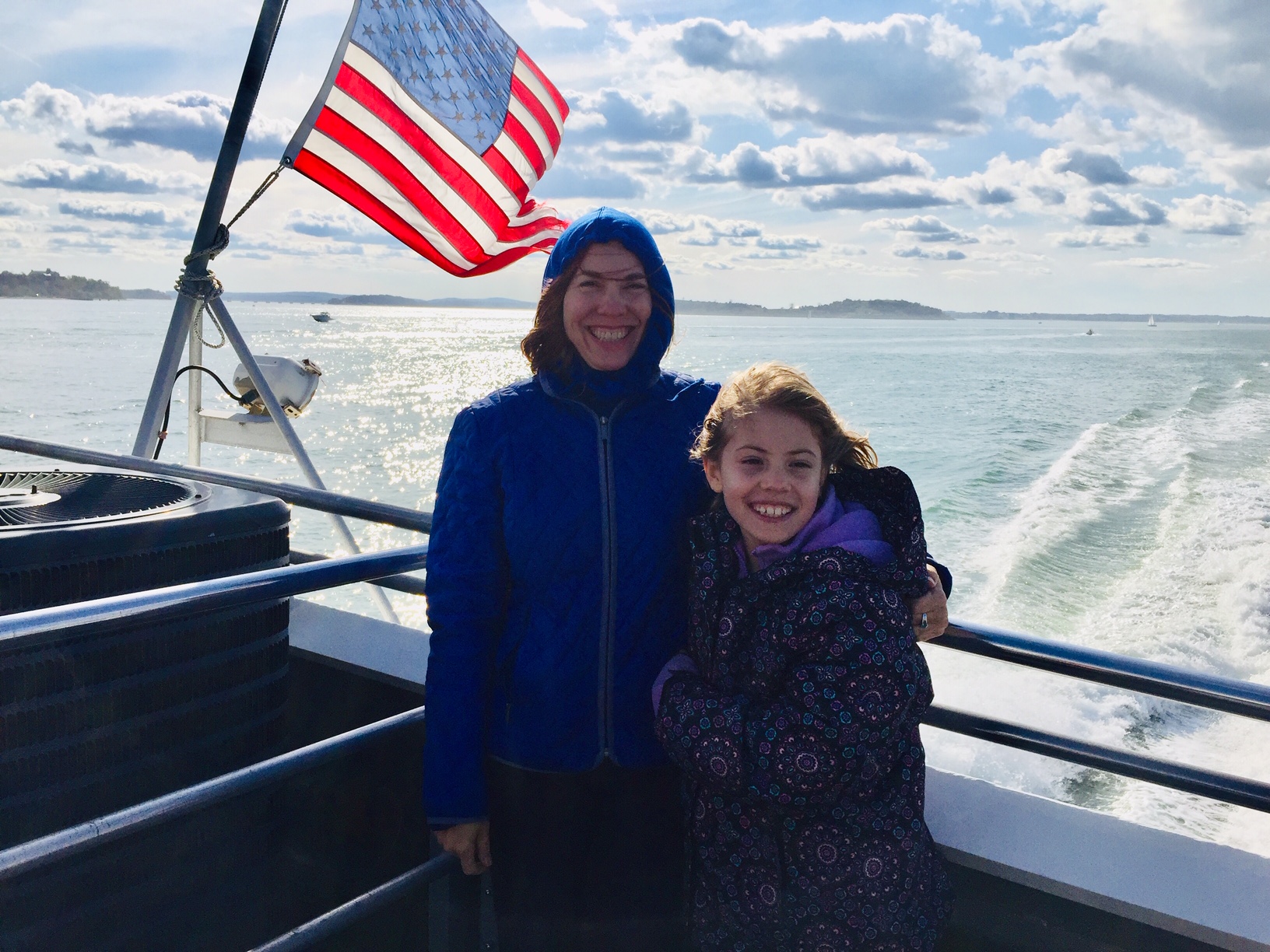 We had a wonderful time learning about American History and reconnecting to each other in a different way for a type of trip we’ve never done.  She knew more about the Boston Massacre than I did. And so that was a pleasant surprise. I also got to see her take charge with the subway. And one time, I left my phone on a bench in Salem. We walked away. But when I realized it was gone, Julia said, “Don’t worry! I got it.” She took off running and it was quickly retrieved. It was a lovely and a life-affirming trip. It was rainy the first couple of days but I insisted we go out and walk as much as possible anyway. She also got a new coat since she needed one anyway. Once that chore was done, she handled the weather great. And so we learned sometimes when you travel, you have to just deal with the circumstances. And since it had been in over 90 degrees all of September, being in the 50s, she said repeatedly, “It’s freezing here!” “Why are these people wearing shorts?” I replied, girl it’s the Northeast. Winter is no joke here.” And then she let me know that no matter how fancy the schools were, she wasn’t interested in being cold. However, by the end of the trip, she didn’t want leave. I didn’t either.